8 ways to be a Periscope viewer who broadcasters love 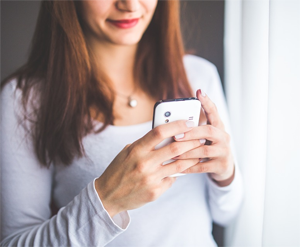 Whether you’re a regular viewer of Periscope broadcasts, or just go on the app now and then, there are a some things you want to do (or not do!) when you are watching. There are ways to interact with others that will have a broadcaster smiling when they see you pop into their chat. Keep these things in mind and it will make the experience more meaningful, and probably even get you some new followers.

1. Introduce yourself
When you first join someone’s broadcast, say hello and your first name. It helps the broadcaster and other viewers get to know you on a more personal level.

2. Answer questions
Feedback is important to a broadcaster, so if he or she asks a question, answer it. It lets them know you’re interested – and that they’re not putting you to sleep! And, depending on the question, it may help the broadcaster focus in on what you, and other viewers, want to hear about. Just be sure not to be “that person” who answers every single question in a way that makes you look like a know-it-all!

4. Tapping for hearts
Engaged followers are definitely more meaningful, and a more measurable metric than hearts. But face it, everybody loves to see the hearts flowing as they’re talking. So again, if you like what you’re seeing give the person some hearts. The way I like to give hearts is to tap away when the person says something particularly noteworthy. Doing so can give the broadcaster an idea of what specific content of his or her broadcast was most exciting, useful, and interesting.

5. Interact with other people
Watch the comments and respond to other people in the room. Think of this as a virtual party. If you went to a real party you would most likely talk to at least a few other people, so chime in when it makes sense. Even responding to someone with a simple, “I agree” is a good start. To do this, tap on the person’s comment and in the window that comes up, hit reply. Then type your message.

6. Say thank you
As a general rule I don’t’ think we say thank you nearly enough – and not just on Periscope. If the person you’re watching is giving you some great info, is entertaining, or helpful in any way, type out “thank you.” It’s the polite thing to do. Of course, hearts and shares are another way to say thank you, but seeing “thank you” typed out is always a good thing!

7. Don’t promote yourself
Unless it’s a broadcast specifically for viewers to promote themselves, or if the broadcaster asks you to, don’t do it! It’s rude and disrespectful. If you do it repeatedly, you may just get blocked. There are plenty of broadcasters (like Jason Stolken) who do broadcasts with the sole intent of letting people promote themselves. Attend scopes like this and have your promo ready to go.

8. Be nice
Remember that you can easily be blocked (and you will be) if you’re rude, vulgar, or are in any way nasty to others.

What are your favorite ways to be a Periscope viewer people will love to have in their broadcasts?