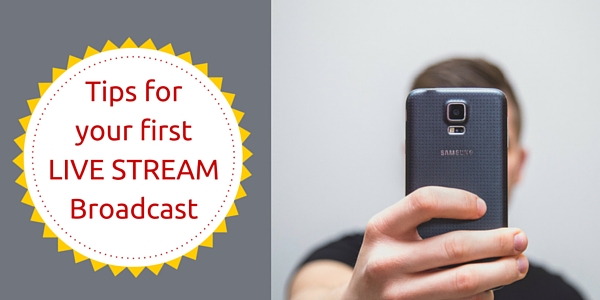 I don’t know how many people I’ve talked to, or watched on apps like Periscope and Facebook Live, who have said they were terrified of doing a live broadcast. Once that first broadcast is out of the way though, most people realize it’s not all that scary and decide to keep going. In time, it gets easier and they find live stream video to be a great (and even fun!) way to connect with people for business and personal reasons.

That’s certainly how it was with me. Even though I’ve done plenty of public speaking, and even some TV and radio work, the idea of doing live video made me really nervous. But as soon as I finished my first Periscope broadcast I was planning my next one – and have done hundreds of broadcasts since! I’ve learned quite a bit through those broadcasts, and am happy to share some tips to help make your first broadcast run smoothly whether it’s on Periscope, Facebook, or another live video platform.

Decide what you plan to talk about

Before you hit broadcast, be sure to make a few notes on what you want to talk about. It’s not necessary (or even desirable!) to write out a script that you’ll follow to the letter. You don’t want to over think it, but you do want to have a bit of an outline to help keep you on track. Since you want to include your viewers, be sure to include a few questions you can ask them.

If you’re totally stumped on what to talk about, an introduction is a great topic for a first broadcast (aka ‘scope’ in Periscope lingo). Let people know who you are, where you’re from, and what you intend to broadcast about. And, if you’re going to use live streaming for business purposes, tell viewers a little about your business too – just don’t be too salesy.

Be sure to write a catchy title. You probably already know that a great title can entice someone to click to read your blog post, email, or article. It’s the same with your broadcast titles. Make them appeal to your reader and they’ll be more likely to watch your broadcast. And, since Periscope will send a tweet to your Twitter account you might even want to include a relevant hashtag.

Be ready when you go live

There’s a bit of a delay between when people enter your broadcast and when you get the notification that they are there. If you’re waiting to see those notifications, it means people are going to see you staring at the screen instead of talking. You also want to keep your replay viewers in mind. If your replay starts out with you staring at the phone, they’re likely to leave before you get started. So start talking!

Try not to overthink your first broadcast. Keep in mind that you’re not the only one who has been nervous about doing live video. Most of us were – and often we still do get a little nervous before hitting that ‘go live’ button! We made it through that first live video though, and so can you. Once you’re done with your first broadcast you’ll probably find yourself thinking, “that wasn’t so tough, after all,” and start planning your next one.

Be sure to follow me on Periscope and Facebook Live, and if you want a supporter to be in your first live streaming broadcast, let me know.

Need some ideas on what to broadcast about? Get my free download . . . 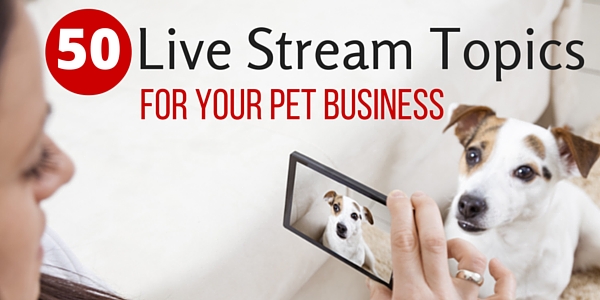